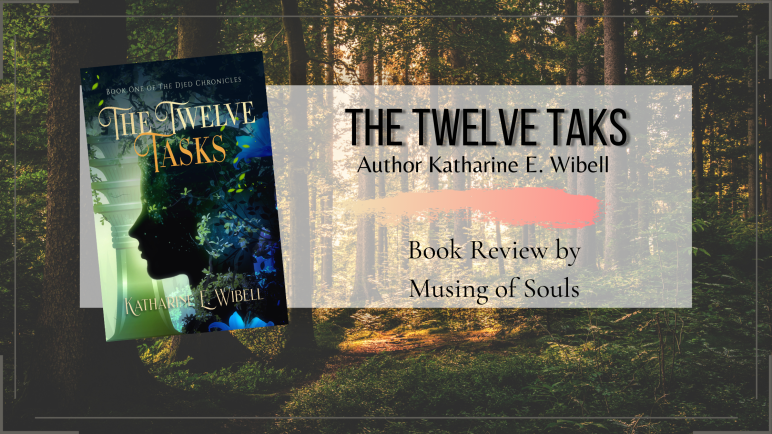 This is going to be a long post :D.

The precarious balance between two opposing forces has begun to shift and threatens the very existence of life throughout the universe. Only the Djed—the prophesied savior—has a chance of thwarting a catastrophe that could destroy the cosmos. And the next Djed is predicted to be a child of Earth.

Katie awakens on a world far from her own, a world bound in magic, one of twelve that hosts entities of vast power and might. She is suspected to be that savior. However, to be acclaimed Djed, difficult and dangerous tasks, one on each of the magicked worlds, must be completed. Katie and a menagerie of misfit companions—a precocious witch, a half-blood elf, and a humanoid pup—work together to discover her fate. If proven true, a terrible burden will be placed upon her, one that will link her destiny with war, a war led by a thirteen-year-old girl.

The Djed Chronicles follows Katie over her teenage years as she confronts dark forces and discovers that the right choices are not always apparent and wrong choices can have deadly consequences.

So, let’s talk about the book! I am keeping this review short and sweet as I have to direct you all to the interview as well!!

The writing style is really good as well as easy. It is perfect for beginners as well as for all the people who enjoy reading middle grade or young adult fantasy. Again, if you are just getting into reading or getting into the genre Fantasy, this is a perfect start for you!

The character are really well developed and explained really well. The book has different kinds of creatures (outer-earth) and thus the author did a really good job in explaining the characters. The tasks present in the book as well are presented very well which will keep you hooked till the end.

The plot-line is simple, you can even understand that through the blurb, but, what makes it interesting is the way it is written. That is the main point of this all, right? The character too is a sweet teenager and i am sure you will enjoy her thought process and her actions as well.

The supporting characters are good as well but I would have loved to know more about them, I mean that would have been fun! But, overall, it was a good read and I enjoyed it very much! An awesome start to the series, I’d love to read more about it!

Overall the book gets a solid 4 on 5 from me!

The Twelve Tasks is the first novel in the adventure fantasy series entitled The Djed Chronicles. It is based upon the premise that a prophesized savior will appear when the universe and all those living within is nearing the point of destruction. And this savior, known as the Djed, is predicted to be a ‘child of Earth.’

Although my young protagonist does not know how she arrived on a planet not her own, she quickly discovers that her unexplained presence suggests she might be the next Djed. The proof will lie in the successful completion of twelve tasks, one on each of the worlds that contain magic.

This book and the ones that follow are populated with a wide variety of entities from witches to goblins, from horses that can harness the elements to birds so large they could hunt elephants, from mythical beings to fantastical creatures. Despite the fantasy overlays, serious topics including racism, sexism, and morality are dealt with throughout the series.

2. When did “The Twelve Tasks” get in your mind the very first time?

The answer is quite interesting for The Twelve Tasks is based of the imaginary childhood play between my sister and myself. A variant of my own character and the one she started to develop has been woven into the story along with numerous characters, backstories, and plots which we developed when we were young. Though I did alter and update these influences, the core ideas have remained the same since I was the age of thirteen.

3. What is a magical realm for you?

That could almost be a trick question. For me, a magical realm has several meanings. It could be a world or dimension which contains magic or could be focused only on a society or kingdom that has access to that resource. For The Twelve Tasks, the initial magical realms refer to the twelve magicked worlds where magic can be accessed.

4. “The Twelve tasks” is a middle grade fantasy, can you tell me why did you go for the middle grade elements and not YA Or NA or Adult?

The Twelve Tasks can be labeled a middle-grade fantasy as the main character is still rather young when the series begins. At thirteen, Katie is just beginning to figure out who she is and what she truly believes in. Sometimes she comes off as naive because of her background or a little pigheaded because of her burgeoning ego, yet at her core, she genuinely wants to help those that look to her with hopeful eyes. The story is fast-paced and action-packed yet does not contain the level of violence or sexual scenes that would categorize it as a book for a more mature audience.

5. What/Who becomes your inspiration for a book or writing in general?

I have always loved books with spunky heroines who defy the norm. Even when I was young, I believed that Katie’s adventures should be shared with others. Interestingly, although a seventeen-year-old heroine anchored my debut series, The Incarn Saga,  the characters in The Djed Chronicles inspired me to become an author. Though I realize that not all my protagonists will fall into the same vein, I do enjoy the few that I have already conceived.

That depends on the day of the week. On Mondays, my writing table is fairly organized with neat stacks of reference books, my notes and computer. Yet by the end of Friday, it is a jumble of sticky notes, newly printed sheets, and scattered literature which I am careful to file and put away before the weekend.

My dream writing space would be a room with vaulted ceilings, large windows, lots of bookshelves, a large desk with cubbies and drawers, maybe a tapestry or two hung on a wall, and a closet filled with all my author’s copies, diagrams, and files. A large dog at my feet would make it perfect.

7. What is one magical item or object or character would you like to have in real life?

There are twelve items of the Djed which Katie must earn throughout the first book. I have slowly been acquiring similar objects which are hung in the room where I write. That said, I would select the slingshot of Eldur.  As the first item Katie must obtain, it is very special to me. Never underestimate what appears to be a simple toy!

Katharine Wibell’s lifelong interest in mythology includes epic poetry like the Odyssey, Ramayana, Beowulf, and the Nibelungenlied. In addition, she is interested in all things animal whether training dogs, apprenticing at a children’s zoo, or caring for injured animals as a licensed wildlife rehabilitator. After receiving degrees from Mercer University in both art and psychology with an emphasis in animal behavior, Wibell moved to New Orleans with her dog, Alli, to kick start her career as an artist and a writer. Her literary works blend her knowledge of the animal world with the world of high fantasy.

Wibell grew up in a rural town in Georgia, and this series was inspired by her childhood play with her sister. Together, they set up the groundwork for the twelve magicked worlds, the Djed, and the plethora of characters that come to life in these books.

You can find and contact Katharine E. Wibell here:

Hello Everyone! So, if you have not figured it out till now. . .I am Chai. An avid reader and a book blogger from India! Love to share my world of books with you all! I also have keen interest in writing poetry and share a few now and then. I hope you all enjoy it here!❤️✨🎊

What am I Reading?!

Content Copyright © with Musing of Souls. Well, try not to steal, i do not understand what you’ll gain.